NBA 2K18 is due out next week, September 15, and during a recent trip to see the game in London, we spoke to Senior Producer Rob Jones about the game, including the series debut on the Nintendo Switch, which Jones explained was no small task.

"Well the main thing that our president said from day one is that the Switch had to be the same exact game that was on PS4 and Xbox One, so by starting there, you know, the bar was already set extremely high, because we were already working really, really hard just to get it on platforms we already knew, and then suddenly to take that and miniaturise it for the portable, you know, the portable Switch (obviously it also plays when it's docked), but to get all those features working on there was kind of a gargantuan task," he told us.

"We actually had a second team just dedicated only to doing the Switch version just because it would have been impossible within the confines of VC [...] So obviously we delivered a good experience. It's not the same exact graphics because the Switch can't push them, you know, but the experience itself - you're not missing out on anything from the Switch version [compared] to the main consoles version."

Is NBA 2K18 the type of game you can see yourself taking out and about with you, and playing with friends on the go? 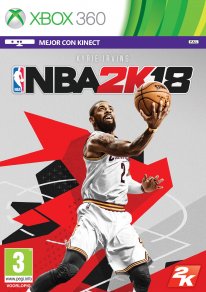