Nascar: The Game 2011 is heading to PSN tomorrow morning, however the game will not be coming to XBLA.

"Unfortunately, we're not able to launch on XBOX Live Arcade because NASCAR The Game '11 is too big. You can launch larger games on there, but only if you have the boxed version available in that territory (which we don't in EU)."

It's not the first time that a game has been unable to find itself a place on Microsoft's digital service. Only last month Oddworld: Stranger's Wrath HD dev Just Add Water admitted that their game wouldn't make it on Xbox Live after Microsoft's internal politics got in the way.

The game is just "too big."

Screens of the game that got away

Less than two months to go

They have cars in them! Wooo!

The first 11 screenshots for you! 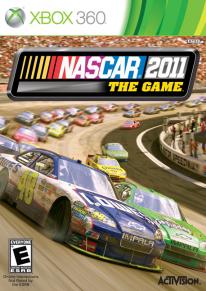