Yusuke Sasaki, Producer at Namco Bandai said: "We're very glad and proud to have achieved 10 million units worldwide on the NARUTO franchise, and we promise you that we will keep working very hard on this important franchise to carry on exciting all the fans around the world. Thanks again for all of your support, and I'm really looking forward to seeing you all at the upcoming Paris Manga event. I wish you all the best for 2012!!"

GRTV: Next Naruto in action 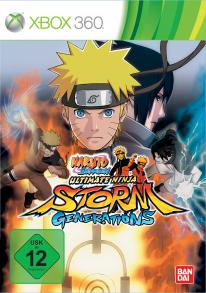