Bandai Namco has revealed that My Hero One's Justice 2 will finally be released on March 13 next year, bringing the world of the manga and anime of My Hero Academia to life once again on PC, PS4, and Xbox One.

On top of that, we also have the news that the Plus Ultra Edition will be available as well, pictured below. This features an exclusive 20cm figure, an artboard, steelbook, two keychains, a badge, and of course a copy of the game.

Four new characters have been announced too, these being Fat Gum, Sir Nighteye, Mr. Compress, and Twice, with 2v2 battles also unveiled as well. Destructible stages will be new in this sequel too, as will Team Plus Ultra, allowing for unique attacks when combining team combos, as you can see in the trailer below.

Those who pre-order the game get the exclusive character of Nomu, as well as early access to more characters that haven't been revealed yet.

Did you play the original? 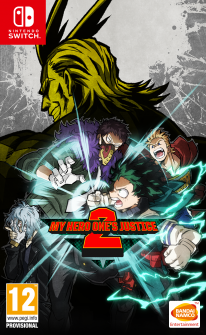