The upcoming sequel to the fighting game My Hero One's Justice based on the popular anime series Boku no Hero Academia will offer playable characters that weren't present in the first game. The developers recently presented Mina Ashido and Minoru Mineta from Class 1-A. As can be read in the official press release: "Minoru Mineta's quirk - Pop Off - allows him to produce and pull off sticky ball-shaped objects from the top of his head that can be used to stick opponents down! On the other 'head', Mina Ashido's quirk - Acid - allows her to form a corrosive acid using her body that is beneficial for both offense and defense."

Below you can see the extensive gallery (over thirty screenshots) presenting new heroes. 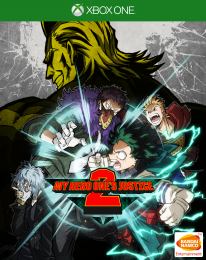