Aksys has announced a limited edition of Muramasa Rebirth Blessing of Amitabha Collector's Edition for Playstation Vita. Originally released on Wii as Muramasa: The Demon Blade, the game is heading to Sony's portable console on June 25.

As you can see from the attached graphic, there's several accessories to help you jazz up your handheld, including a face cover, pouch and a system skin. There's also mention of a pre-order bonus; those who visit Amazon or GameStop and pay upfront to also get a copy of the Abridged Soundtrack.

Demon Blade arrives in September (US) 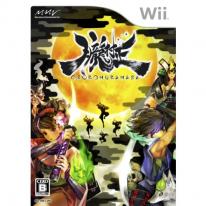