MTV and Viacom want some money back from Harmonix. Back in 2007, they game out $150 million as a bonus for the first Rock Band. Considering that the game went on to sell one million copies in its first month on the market, the bonus at the time felt pretty well deserved.

But now, with 2009 not really living up the hopes of the major music games producers, they want a "substantial portion of amounts previously paid" in refunds. How much they will ask for remains to be seen. 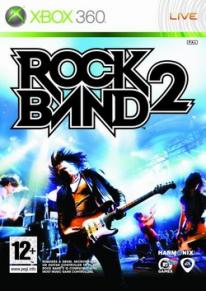