The official 2020 MotoGP esports championship is set to kick off on May 29 of this year and ahead of the start of the season, sports performance brand Oakley has revealed its partnership with the esports circuit season in which it will serve as the top-billed title sponsor, joining the partnership roster of Red Bull, BMW M, Lenovo, Michelin, Tissot and Cashback World.

The first round begins on May 29 at the Italian venue, titled "Round 1 presented by Oakley" while round two takes place at the Red Bull Ring on August 14 followed by Round 3 at Misano on September 11. The season finale is set to run on November 13 in Valencia.

Oakley global marketing director Ben Goss stated, in the press release that "The MotoGP team has done a phenomenal job in establishing the Championship as one of the top racing competitions in eSports, and we're looking forward to working with the team at Mugello and beyond to create an unforgettable season for gamers and fans across the world" and Dorna Sports' managing director Pau Serracanta seemed equally thrilled, stating "I'm very happy about this new agreement with Oakley, who are such an important partner of MotoGP. The fact that they also have products to improve the experience of the gamers makes our partnership even more important for the coming years". 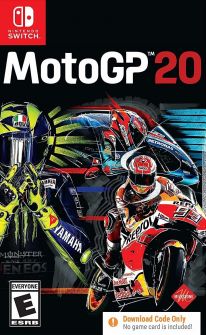