The Mass Effect series has always had a unique spin on good and bad, on right and wrong, and that was expressed in a morality system that, based on your in-game actions, revealed whether you were a Paragon or a Renegade.

For the half-a-dozen or so people who don't know Mass Effect, it's a sci-fi RPG series filled with consequential gameplay, action-packed combat, and an extended cast of characters that you grew to know (sometimes intimately) during a perilous mission to save the galaxy.

The trilogy opened with the first iteration of a morality system that saw compassionate deeds rewarded with Paragon points and selfish actions greeted with Renegade points. According to developer John Ebenger, the studio put a lot of work in the Renegade side of the experience, however, the majority of people didn't see the fruits of their collective labour.

That's because according to Ebenger, 92% of Mass Effect players played their Shepard as Paragon, resisting the lure of the dark side (wait - wrong BioWare RPG).

"Something like 92% of Mass Effect players were Paragon," the developer wrote on Twitter. "And we put a lot of work in to the Renegade content too :("

In an exchange with another Twitter user (in the same linked thread), Ebenger admits that the first attempts at the system incentivised a more positive outlook, but points out that they changed things around for the third game in order to stop that.

The morality system was abandoned altogether for Mass Effect: Andromeda, the fourth entry in the saga and the game generally acknowledged as the ugly duckling of the series. Who knows what might have been had there been a bit more right and wrong in the Andromeda galaxy?! 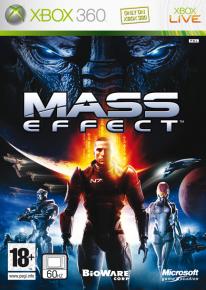