Mortal Shell is set to land on Epic PC (the Steam release will follow next year), PS4, and Xbox One later this month, this after the game's recent beta attracted around 350,000 players in one week. Scheduled to land on August 18 on all three platforms and costing €29.99 / £24.99, we also got a new trailer that introduces new enemies, a new 'shell' by the name of Solomon, and a weapon with a truly wonderful name: the Ballistazooka. Apparently it's "capable of launching heavy iron bolts at devastating speed," and it's "powerful enough to impale enemies and pin them onto nearby structures." Yikes!

The DLC helps to transform the game into a roguelike experience.

Mortal Shell is getting its first DLC this summer

The Souls-like will also be heading to Steam.

The souls-like will be playable at 4K/60FPS on both consoles.

The new souls-like is out today, and we thought we'd take a closer look at what it has to offer. 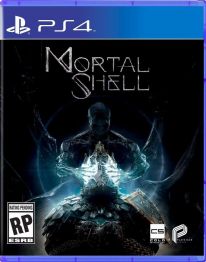