Developer Cold Symmetry (a studio made up of just 15 people that have been working on their first game since 2017) unveiled its new project earlier this morning. In collaboration with British publisher Playstack, the team introduced us to Mortal Shell, a soulslike action role-playing game with striking visuals and, we're promised, a stern challenge. The game is said to be releasing in the third quarter of 2020 and it'll be out on current-gen consoles (PS4, Xbox One) and PC.

This project is actually a game that we have already encountered in the summer of 2018, back when it was called Dungeonhaven. In this challenging upcoming fantasy adventure, it will be possible to take over the 'mortal shells' of our fallen enemies, becoming stronger as we learn their skills and gain experience with them.

Check it out in the trailer and screens below.

The DLC helps to transform the game into a roguelike experience.

Mortal Shell is getting its first DLC this summer

The Souls-like will also be heading to Steam.

The souls-like will be playable at 4K/60FPS on both consoles.

The new souls-like is out today, and we thought we'd take a closer look at what it has to offer. 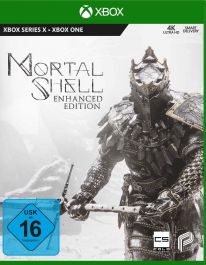