The folks over at Mobius Digital got a lot of well-deserved praise when they gave us Outer Wilds two years ago. They won a bunch of Game of the Year awards and the game also sold quite well, so I'm not the only one who has been hoping to see a sequel or at least another fresh idea from the developers. Turns out, we might get something in-between those two things.

Steam's database has been updated to include something called Outer Wilds - Echoes of the Eye. Both the developers and Annapurna have decided to keep their mouths shut, but that doesn't mean they haven't basically confirmed it's not a weird mistake. Because who decides to share a Twitter post about the discovery and even include googly eyes for good measure if this wasn't anything exciting? Now we'll just have to wait and see how long it takes before the official unveiling happens. Sony said two indie games will be shown in the upcoming State of Play, so maybe we'll get it extremely soon?

But is it an expansion, a sequel or what? 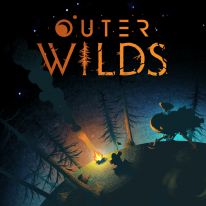