Warner Bros and TT Games have announced Lego Harry Potter: Years 5-7 on a dizzying number of platforms including NGP and Nintendo 3DS as well as their predecessors.

"In LEGO Harry Potter: Years 5-7, we are giving gamers a truly epic conclusion to the most successful movie franchise in history with delightful gameplay for fans of all ages," said Tom Stone, Managing Director, TT Games. "We have built upon the first game and are giving fans even more magical abilities, puzzle solving and exploration, in addition to our distinctive brand of hilarious LEGO humour and charm."

The first Lego Harry Potter was rather entertaining so let's hope this one builds on that. The game is due out late in 2011. 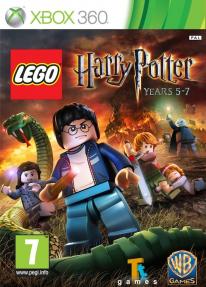