Monster Truck Champions is joining both Samurai Shodown and Crash Bandicoot 4: It's About Time in receiving a next-gen version this March. The monster truck simulator previously released November 11, 2020 on PC, PS4, Switch and Xbox One.

On March 11, the game will be released on PS5 and Xbox Series, and it will support 4K visuals at 60FPS. Just like many other optimised titles, the next-gen upgrade will be available for free for those who already own the game on PS4 and Xbox One.

You can check out all-new screenshots from the next-gen versions below: 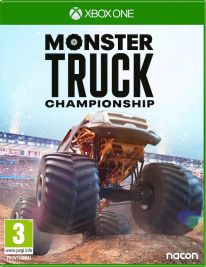