ResetEra user Eolz has been kind enough to share an extensive feature conducted by Edge with Toshihiro Nagoshi about his long career in the industry, and during this interview Super Monkey Ball was discussed, which was allegedly born out of desire to keep cost and time down.

"Around that time our CEO kept changing, and the newest one asked me why making games cost so much money," he explained. "I told him we couldn't do it any cheaper, but at the same time I was quite upset about it. I decided to make a game with minimum resource, minimum time and minimum budget."

"Looking back, that's no way to work (laughs). But there are some huge fans of this game. When we gave up on making hardware, we knew the Gamecube was coming, and when it would be launched. We didn't think we had enough time to get a game ready for release day, but (...) Super Monkey Ball came to mind. I think we had ten people on the game, maybe less. We made it just in time somehow."

Are you a Monkey Ball fan?

Monkey Ball made from desire to spend less time and money

"I think we had ten people on the game, maybe less."

A good proportion of classics? These days, you're guaranteed to be coughing up loose change to play digitised ports of them on console or handheld. 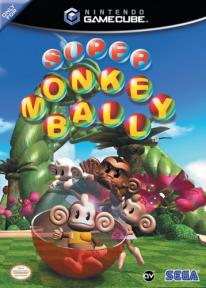