Mojang, the developer that's been supporting the creativity of gamers of all ages since 2009 via its worldwide sensation Minecraft, has now shed its 2009 skin to celebrate Minecraft's birthday, presenting a brand-new logo and name. Mojang is now Mojang Studios and the logo has been changed completely to feature the studio's "biggest little secrets", namely the 'Mojangs'.

These little Mojangs (which roughly translates to 'Gadgets' in Swedish) are the very essence of Mojang Studios as stated by the studio itself on the official website; "But we have yet to reveal our biggest little secrets. They are hiding in plain sight - in this very blog post - as part of the new logo. Introducing: the Mojangs! These mysterious little gizmos are powered by play. They test and tinker, endlessly explore, and help us discover new corners of the Minecraft universe".

Want to learn more about the Mojangs and the new Mojang Studios? Check out the trailer below. 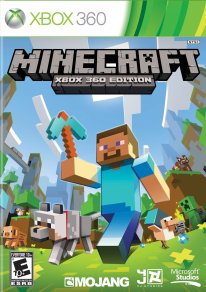