Call of Duty: Modern Warfare Remastered will, as you all may know by now, be included as part of the package when you buy the Legacy Edition of Call of Duty: Infinite Warfare. If you're one of those that is planning to buy it and really would like bots in private multiplayer matches we have good news.

Raven Software's Amos Hodge took to Twitter to confirm that they've included support for bots so that you and your friends can duke it out with some computer controlled cannon fodder.

Another confirmation was made in regards to the pop-up medals that show up on the screen frequently. These weren't widely appreciated by the players trying the game on COD XP in Los Angeles as they weren't in the original game and Hodge made it clear that these can be turned off.

"Call of Duty 4: Modern Warfare impressed us nine years ago, and it's impressing us still today."

Modern Warfare is top dog, but Sonic Forces has still proven to be hugely popular among subscribers.

CoD: Modern Warfare and The Witness headline PS Plus

March's games are both pretty impressive, although there are no longer PS3 and Vita games included as part of the subscription.

Activision finally confirms what we all knew was coming, but there might be a catch.

Target in the US has an in-store listing.

It seems Activision will indeed release the remaster separately. 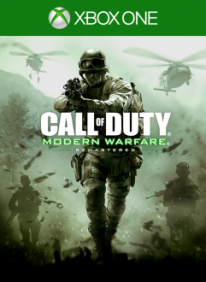