Minute of Islands, one of our most anticipated indie releases in the month of March has been delayed indefinitely. Publisher Mixtvision and developer Studio Fizbin decided to postpone the game after technical difficulties came to light in the final phase of testing.

Anjin Anhut, Game Director at Studio Fizbin, said within a press release: "We can't wait to see our game out in the wild, but we want to ensure that everyone can enjoy it in the best possible condition. We hope players will soon be able to follow in our protagonist Mo's footsteps across the vivid world of Minute of Islands and find out for themselves what makes the game so special."

"While we very much regret having to push Minute of Islands' release date, we are convinced that the extra time invested is in the players' best interest. We are looking forward to releasing a unique game that combines stunning art direction with emotional storytelling to a long-lasting experience," said Benjamin Feld, Publishing Director at Mixtvision.

If you haven't already seen Minute of Islands, it sports a distinctive art style that resembles a more dark and twisted version of Adventure Time. In it, you play as a young girl named Mo, and must explore the secrets surrounding an island that was once occupied by an ancient race of giants. The game has received praise ahead of its release and has been nominated for several awards at events such as Gamescom, Pax West, and the Independent Games Festival.

Are you disappointed to hear about this delay?

The Xbox One version will release June 15.

Minute of Islands has been delayed, will no longer be coming March 18

Technical difficulties are said to have occurred in the final phase of testing. 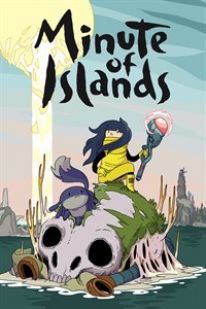