Mac owners of Bioshock 2 have had a long wait for Minerva's Den DLC, as it was released for PC already in 2011. Then Bioshock 2 was released for Apple's computers in 2012, so the wait for this particular piece of DLC has been around 3 years long. But the wait is finally over as you can now buy the DLC from Feral Store and Steam. You can also buy the expansion from App Store through an in-app purchase, but this will only be possible sometime later in October.

You can read our review from the original release of Minerva's Den here, but beware this review was published back in 2010 when the DLC first arrived on console. It features a new area, combat abilities and of course those nasty splicers.

REVIEW. Written by Emil Ryttergaard (Gamereactor Denmark) on the 7th of September 2010 at 16

Minerva's Den DLC for Bioshock 2 is finally out on Mac

The Mac shall inherit the Earth.

The studio behind Bioshock 2 and The Bureau reportedly closed down.

Development is back on

You'll have to live without Minerva's Den 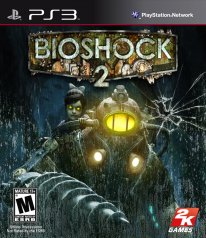