Milestone has released a new trailer that shows the online features that will soon be introduced in Gravel. Alongside Single Race and Championship, players can also choose Capture the Flag, a mode where players must be the fastest to steal the flag from their opponents, and King Run, where players will have to recover a crown and defend it as long as possible to become the king.

For more details, you can watch the trailer below, and if you want to know more about the game in general you can read our review here.

Online
ActionJackson on the 10th of April 2018 at 01:56.
Im still really interested in this it looks so much fun I just wanna pick it up before OnRush is permanently wedged in my xboxx Gravel 'Oh yes you shall be mine!!!!" 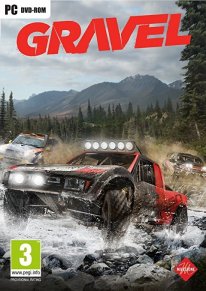