Gamereactor got the chance to talk to Senior Vice President of Activision Blizzard Media Networks, Mike Sepso, at Gamelab 2016, and there we discussed what's in store for the Call of Duty World League.

"So we're just starting to integrate MLG with the Call of Duty World League now. We only completed the acquisition six months ago so we're still under way, and we focussed really immediately on building out the media platform so one of the first things we did with the MLG technology is actually integrate the MLG TV platform into Black Ops III so there's live event viewer inside of Black Ops III on PlayStation where you can watch CWL matches live. That was a really important thing for us and we've seen an increase in the more mainstream player base viewing that content already".

We also talked to Sepso about CWL and the future for that league: "We've started to produce events, so we produced a big CWL event in Anaheim, California a few weeks ago, there'll be another one the first week of August in Orlando and then that'll be leading up to the Call of Duty Championships later in the summer".

The Call of Duty XP this September will have $2 million dollars in prize money and is set to be the biggest tournament in Call of Duty history. Executive Vice President and General Manager of Call of Duty Rob Kostich revealed that one billion minutes of Call of Duty competitive gameplay have been watched so far, so the incentive to keep the CWL in full flow is certainly there.

32 teams faced off last weekend and the qualifiers go to join the other 22 teams who had qualified from North America, Europe, Australia and New Zealand. 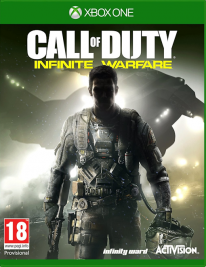