It was just a few weeks ago Gamereactor reported that Microsoft has abandoned the Blinx brand (the cat from Blinx: The Time Sweeper and its sequel), an attempt to create a successful platforming mascot during the early days of the original Xbox. But when that didn't go as planned, they also tried with Voodoo Vince.

Unlike the Blinx games, Voodoo Vince was actually good fun and a clever platform adventure for seasoned gamers. But it didn't sell that well and never got a sequel, and from the looks of it, it won't ever get one either. The reason is that Microsoft now has abandoned the brand and no longer has the rights to use it.

A lot of Voodoo Vince fans got their hopes up last year when the Xbox head honcho Phil Spencer tweeted: #MyFavoriteGame is Voodoo Vince. What's yours?

But it seems those hopes a buried now and the lovely voodoo doll will most likely never again be seen in a video game.

No huge surprise as it's been more than ten years. 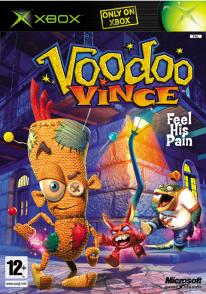 The Legend Of Spyro: A New Beginning