Even though the so-called console war is still a thing on social media and video game forums, both Microsoft and Sony seemed to have moved away from it. Both are nowadays considering consoles to be a part of PlayStation and Xbox rather than the core of the brands.

This development has slowly evolved with Microsoft having games on PlayStation formats, Sony working with Microsoft on a new PlayStation Cloud service and most recently Sony's San Diego Studio releasing MLB The Show 21 for both Xbox and Xbox Game Pass. For Sony to be able to deliver MLB The Show 21 to Xbox, they needed consoles, and it turns out Microsoft actually provided them with this before the release.

This was revealed by the Head of Game Creator Experience and Ecosystem at Xbox, Sarah Bond, in an interview with Axios. She says Microsoft was trying to get MLB The Show 21 for many years until they finally struck a deal. As a result, Microsoft sent Sony a development kit before Xbox Series S/X was even launched, something Bond claims "was a real, real sign of industry trust".

In the end, it seems to have paid off for all involved as the game sold well for all formats and really increased the baseball audience, which was something MLB had asked for. Microsoft recently revealed that this move "added millions of new fans" to Xbox Game Pass.

This was to assist with the Xbox version of MLB The Show 21. 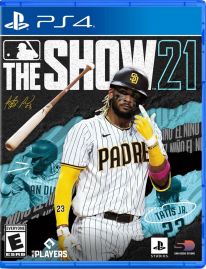