Deep Silver and 4A Games have announced that Metro Redux is landing on the Nintendo Switch on February 28, bringing definitive versions of Metro 2033 and Metro: Last Light to a new audience.

This includes all the DLC, and all of the content will be included on one 16 GB cartridge for those buying physical copies. No extra download will be required, and The Ranger Cache pre-order pack at selected retailers includes a pin set, case sleeve, double-sided artwork inlay, four double-sided art cards, and an A2 double-sided poster.

You can check out a trailer for the collection down below, which comes a year after Metro Exodus was released to continue the saga.

Have you played these before? 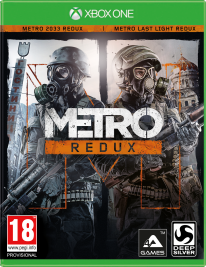