The title, due for release on February 3, features three classic games remastered for Xbox 360 and PlayStation 3. The games in question are Metal Gear Solid 2: Sons of Liberty, Metal Gear Solid 3: Subsistence and the previously handheld-only Metal Gear Solid: Peace Walker.

REVIEW. Written by Carsten Skov | Gamereactor Denmark on the 6th of February 2012 at 12

"It's captivating, challenging, and exciting entertainment, with a healthy dose of humour and kitsch."

It's not hard to make crazy with Metal Gear.

Snake Eater on the Vita

The first ten minutes of Sons of Liberty.

A launch trailer and some screens.

MGS Collection on Vita in June 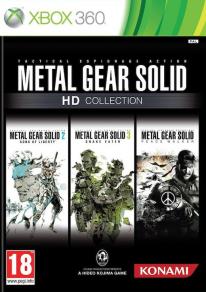