Konami has announced that they are going to continue to support Metal Gear Online with the reveal that an expansion pack is to be released for the title.

The announcement was made over on the official MGO Twitter, where it was confirmed that the DLC is set to include "new maps, Survival, and more!"

Survival is a game mode that in previous iterations of MGO was known as a "win-streak based feature" in which you earn points and exclusive rewards with each game you're victorious in. New maps is self-explanatory. For the "and more" part we'll have to wait and see.

There were doubts as to whether MGO would continue to be supported given how the LA-based branch of Kojima Productions has been shut down (and, of course, with Kojima himself splitting off to found his own independent studio), however this news gives reassurance to players that MGO will be kept in shape and will be given new features during its lifetime.

It's a very busy month for Game Pass users on PC and Xbox One, including some big games from Konami, Capcom, and more.

The first update in almost a year let us take control of the underdressed sniper and more.

Play the game in 4K with a better frame-rate.

The director has even met Hideo Kojima.

If you haven't played MGSV yet, now's the time. 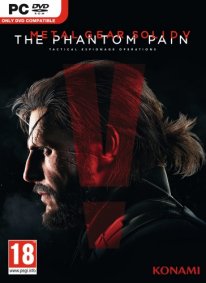