A quirky bug in The Sims 4 is getting the male characters in the game pregnant. The Get to Work expansion brought with it a few bugs, including an increased rate in alien abductions (naturally).

Players were finding their male characters were returning to them pregnant, although the developers subsequently patched it so abductions were reduced and the pregnancies stopped. However, the plot thickens as now male characters are getting pregnant all on their own.

Some players have been using a male pregnancy mod to impregnate their men folk on purpose, and this bug has also been around since the new expansion launched at the beginning of April. It's an amusing new feature whichever way you look at it, and it's one we don't mind sticking around for a while.

Men are getting pregnant in The Sims 4

Amusing bug has a surprise for male characters.

The Sims gets to work with new expansion

The Sims 4: Get to Work scheduled for an April release. 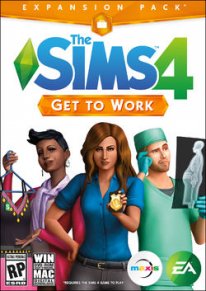