Max Payne 3 mixed up the series a bit when it took the jaded ex-cop out of America and all the way to Brazil in 2012, but now a Max Payne fan account called PayneToTheMax claims to have found some insider info suggesting the game was originally meant to take place in Russia instead.

The concept art, which you can see below, was originally discovered on Reddit and comes from 2005/2006. Here we can see characters Motocade, Boris, The Butcher, and The Angel, and had apparently been misidentified on the GTA Forums as an entirely new game called Motocade.

This information apparently comes from Johannes Mucke, who used to work as a lead concept artist for Rockstar Vienna. He says that when the studio was closed down the project moved to Rockstar North, who made it the game we know today.

Would you have liked to see the game in Russia? 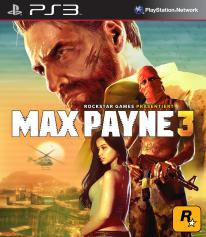