Most big games seem to have implemented a so-called Photo Mode these days to really show off how pretty they are or to let us capture memorable moments. It's not as common for remasters, but Bioware is apparently confident in how the Mass Effect trilogy looks on stronger hardware.

Mac Walters, Project Director at Bioware, has gone on Twitter to confirm that Mass Effect Legendary Edition will have a Photo Mode. While the image attached to the announcement makes it seem like the mode isn't as complex as the best ones out there, I highly doubt that will be enough to stop many of you from filling my Twitter feed with images of your romances in a month... 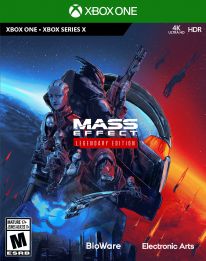