The Mass Effect series has found success again after the divisive entry that was Andromeda. Mass Effect Legendary Edition, a remaster of the original three titles, recently topped the UK boxed retail charts and now it has been reported that it has broken records on Steam for its developer Bioware.

On Sunday, the game peaked at 59,817 concurrent players, which is an all-time high for both the series and its developer Bioware. What's impressive too is that it now stands as the second highest concurrent player count for EA behind only Apex Legends - a free-to-play multiplayer game.

Are you surprised to see that the Legendary Edition is preforming so well?

Achievement/Trophy hunters, wireless headset users and those with a very keen eye rejoice. 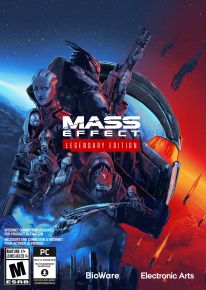