Nintendo had some good news for fans of Mario Kart 8 in last night's Direct: a whole new class is being added come the next free update.

The 200cc racing class will make this arcade racing game go even faster, so expect to see some real high-speed mayhem.

The free update will be released on April 23rd, when we also get to see the second DLC pack for the game. It includes four new cars, three drivers and eight different tracks. 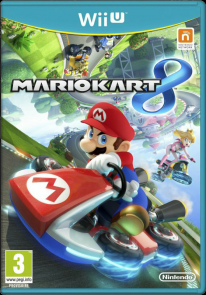