In a recent interview, Ubisoft's Michel Ancel - the creator of the Rayman series - admitted that, surprisingly, he wasn't a fan of Nintendo's Mario games.

He told Gamasutra: "I don't like gliding, I don't like its inertia, and I don't like not being able to give some slaps! It's a fabulous series, and I understand that people love it, but it's not my cup of tea".

Although it's inevitable that some people won't be keen on the adventures of Nintendo's gaming icon, it is a surprise to hear this coming from the creator of a game cut from such a similar cloth.

When asked if Mario was an inspiration for Rayman, Ancel answered: "As far as I'm concerned, not at all! I will tell you something terrible -- I don't really enjoy playing Mario games...... I used to prefer Ghosts n' Goblins, Heart of Darkness, Another World -- games with a focus on the narrative side. Beyond that, I find Mario's controls very interesting, but I don't buy it."

Whilst Ancel might not be a fan of Mario, we're big fans of Rayman. Read our review of Rayman Origins right here. 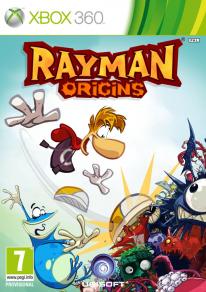