While Mafia-inspired settings have been attempted by many mediums, few have managed to breathe enough depth and soul into the theme as pre-2000s Hollywood and, surprisingly, video game developer 2K Czech. The studio's aptly titled Mafia series told a grand and intense yet touching story about life as a Mafioso across three games and now, it seems as though the entire trilogy could be getting resurrected, presumably in remastered form.

The series' official Twitter account has been teasing this for days at this point and just recently, a teaser trailer was posted stating that an announcement regarding 'Mafia Trilogy' will happen next week on May 19 at 5 pm BST so keep an eye out here on Gamereactor, because we'll most definitely be updating you on the latest news on what's to come.

After days of teasing its very loyal fan base, 2K Czech's Mafia series is seemingly being resurrected. 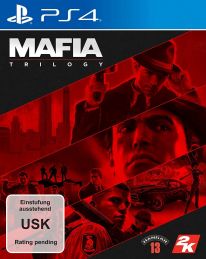