Hangar 13, best known as the developer behind Mafia III, has opened a new studio in Brighton. The move comes after the takeover of an indie outfit run by Nick Baynes (Split/Second), and they seem to have big plans for the new team.

According to Games Industry, the plan is to expand the developer to create AAA console games together with three other offices located in Brighton. Hangar 13's VP of development Andy Wilson had the following to say about the deal:

"This is a specific choice for us. It's actually based on the fact that Nick and I used to work together at Black Rock, going back longer than I am prepared to say. At GDC last year we met up, and Nick had formed a smallish studio with some of our former colleagues from the Split/Second team. They were interested in getting back into console development. Back then we needed a partner for some contracting work, so we started out that way. As the year went on, things were going well and it became apparent we had a big opportunity, because Brighton and the South East has this vast pool of talent, with console experience, but there's a lack of console development going on in the UK."

What the new team is working on remains to be seen, with the studio previously rumoured to have been working on a game called Rhapsody. 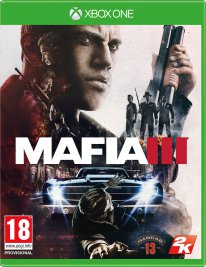