You put on a new pair of expensive threads and soon enough, you've stained them, and trying to hide it just makes things worse. It's an apt, if slightly odd, metaphor for what's happened to Final Fantasy XIII. The original game reviewed well, but was criticised for its linear approach. Final Fantasy XIII-2 attempted to patch things, but it just didn't come together like it was meant to. And that leads to Lightning Returns: Final Fantasy XIII, which is faced with similar problems. After a long and winding road Square-Enix actually succeeds in presenting us with an interesting RPG that offers more action, feels fresh and carries on the tradition of the series. That's the good.

Given that this is the end of a trilogy, we're not just burdened with saving humanity, but also the challenge of trying to keep track of the narrative. It appears as if the developers have had a difficult time following the plot themselves. With hundreds of years having passed since the first game, it's still difficult to follow the characters we know, or even understand their motivation.

Lightning finds herself in the middle of a new crisis, making her ripe for self-pity. Recently awoken from a crystal sleep she finds herself assuming the role of world saviour. She's tasked with saving mankind from annihilation in just thirteen days, and this can only be achieved by restoring the faith of the people who remain in order to save their souls.

Bizarre, but the narrative itself remains exciting. At the end of Final Fantasy XIII-2 time's passing froze; people no longer aged. Children can't grow old, but people still die of disease, hunger or conflict. It's a false paradise and it gives the game an interesting and darker tone, something that's mainly seen in its optional quests. We must complete these in order to strengthen Lightning, but unlike the rest of the genre, there's none of the XP-boosting progression system we're used to.

The battles may be confusing to look at to start, but you begin to appreciate their design. You pick three sets of costumes, spells and weapons and switch between all at a press of a button during combat. Sets unused regenerate their abilities quicker so you're forced to use a balanced set of costumes in battle. The encounters are interesting and frequent - you'll need to be careful not to waste potions on minor enemies.

That thirteen day countdown is represented by an actual ticking clock, making for a somewhat stressful adventure. RPG fans who like to take their time and explore may not find this to their liking. It's annoying when we cannot complete a certain quest because of time-specfic conditions. But the main issue we had is the uncharacteristically weak design; it's obvious the engine was not originally designed for an open world game. As this final chapter comes to an end on the 13th day you'll more likely breathe a sigh of relief after coming to the end of the adventure after over fifty hours clocked.

Gamereactor UK
+
Battle system is interesting
-
Thirteen day timer may annoy some, visually rough
is our network score. What's yours? The network score is the average of every country's score 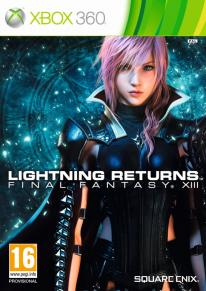