TT Games and Warner Bros. Interactive Entertainment are continuing their ongoing partnership, with the former set to produce yet another game in the Lego series.

Lego The Hobbit is due out on Xbox One and PS4, along with Xbox 360, PS3, Vita, Wii U, 3DS and PC/Mac. The latest entry in the series is to be based on the first two films in Peter Jackson's latest cinematic trilogy (An Unexpected Journey and Desolation of Smaug - the latter of which is set to land in cinemas next month), and is due in spring 2014.

"We are thrilled to depict the characters and environments of Peter Jackson's Middle-earth in Lego form with the Lego The Hobbit videogame," said TT Games' managing director, Tom Stone. "Our family-friendly take on these thrilling adventures will have kids and parents playing and laughing together as they build and explore in Lego Middle-earth."

Like the films that the game will be based on, Lego The Hobbit is a prequel to The Lords of the Rings (you can read our review of the Lego adaptation of that here), and focuses on the adventures of a young Bilbo Baggins, who is joined by Gandalf and a troop of dwarves (Thorin, Fíli, Kíli, Óin, Glóin, Dwalin, Balin Bifur, Bofur, Bombur, Dori, Nori and Ori) as he journeys through Middle-Earth.

Lego Lord of the Rings games pulled from stores

A vigilant Reddit user has noted that Lego The Hobbit (2014) and Lego Lord of the Rings (2012) have been removed from Steam and other digital stores. This means they are...

Humble is giving away Lego The Hobbit for free

We've got yet another freebie to tell you about today after Humble just started handing out free digital copies of Lego The Hobbit. All you have to do to bag this free...

Lego The Hobbit won't be concluded

The Battle of the Five Armies won't make an appearance as DLC or as a full game.

Rumour suggests that extra content will come at the end of the year. 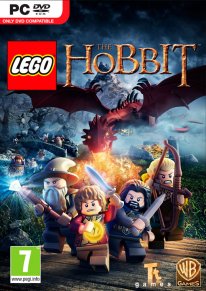