Right off the back of learning that Lego Star Wars: Skywalker Saga had been delayed until 2021, fans were treated to the first-ever gameplay trailer for the game at Gamescom 2020.

The title is set to encompass all of the nine major Star Movies and this trailer spotlight moments from throughout its entire theatrical run. We were quite disappointed, however, that we didn't get to take a look at blocky counterparts of Jar Jar Binks and Jabba the Hutt.

A press release we received after the show detailed that all nine episodes could be accessed in any order - allowing for plenty of flexibility for players. Playable characters within this all-encompassing adventure include fan favorites, such as BB-8, Kylo Ren, and, of course, Luke Skywalker.

There's set to be a Deluxe Version of the game released and this will include the main game, as well as six DLC character packs. The character packs are said to take inspiration from spin-off entries in the franchise, including Rogue One, Solo: A Star Wars Story, and much more. The physical version of the Deluxe Version is also said to feature a collectible Luke Skywalker figure.

There will also be 23 moons and planets, and 28 unique locations to visit.

This follows the disappointing news that the title was delayed until 2021.

Those who pre-order Lego Star Wars: The Skywalker Saga get a really neat SteelBook case.

Lego Star Wars: The Skywalker Saga could launch this autumn

According to recent rumours, TT Games' Lego Star Wars: The Skywalker Saga will launch in October of this year.

Lego Star Wars: The Skywalker Saga is set to have all nine movies represented. No release date has yet been shared though. 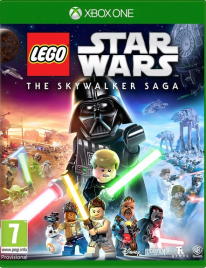