The game is now available alongside other games in the Lego series, such as Lego Batman, Lego Pirates of the Caribbean and Lego Star Wars: The Complete Saga, all of which are already available on Xbox One.

So, if you already have a retail copy of Lego Indiana Jones for Xbox 360, simply insert the game disc into your console to start the download process, while those who have purchased a digital copy will find it in the appropriate section. To see the full list of backward compatible games, you can check this link. Is Lego Indiana Jones your favourite Lego game? And if not, what is?

Lego Indiana Jones is now available on Xbox One

Major Nelson confirms the next game to make the jump from Xbox 360. 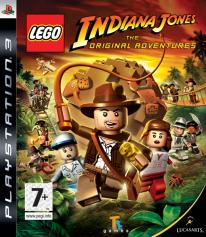