More and more bad news keeps pouring in. After hundreds of DSiWare titles got removed from the 3DS eShop with no notice in advance, it was announced that Netflix will soon be discontinued on 3DS and WiiU as well. Like it's not enough, Lego City Undercover for Wii U and Lego City Undercover: The Chase Begins for 3DS both were already pulled from their eShops.

In a statement, Nintendo writes:

However, if you already own the digital version of these two titles, both would still be playable. If not, well, at least it's still possible to get Lego City: Undercover on Switch. 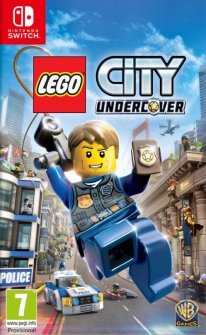