Lego City Undercover, an adventure game developed by TT Fusion exclusively for Wii U, is coming to other consoles in 2017.

"Lego City Undercover is looking for new recruits on PlayStation 4, Xbox One and Nintendo Switch in Spring 2017," says the official Twitter of the company. The game is also coming to PC via Steam.

It is "a re-release on new platforms", clarifies Lego in another message, and they will be talking about it in the next couple of months. We still don't know what changes await in the new version, if there are any, such as improved visuals or new content.

Lego City Undercover has sold more than one million copies on Wii U and it is one of the most beloved games in the console. It offers a huge open world to explore, which is part of the reason why many people called it the GTA of Lego. You can read our review here. 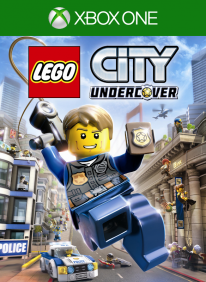