Yesterday we reported that the physical version of Warner Bros.' Lego City Undercover on the Nintendo Switch would need a 13 GB download before the game could be played, and speculation suggested that the publisher chose to use a smaller and cheaper cartridge for the game. Today Warner Bros. released a statement (via IGN) on the issue, claiming that the retail version in fact does not require an extra download for the full game.

This download is instead required to get a content update patch, and an internet connection is not required to play the game. The full statement reads as follows:

"The information is listed incorrectly on the packaging of Lego City Undercover for Nintendo Switch. Players who purchase a physical copy of Lego City Undercover on Nintendo Switch at retail are getting the complete game, and do not need to download additional content to enjoy the full experience. An internet connection is not required to play the game. The only internet connection suggested is to download the typical content update patch." 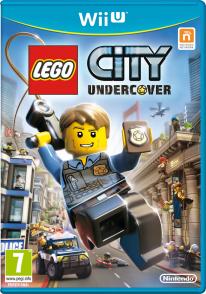