Last week Maradona told the world he was planning on taking legal action against Konami after find out he was used in Pro Evolution Soccer 2017 without his permission. Konami replied today, giving a very short statement via their official website:

"There has been media reports about "Winning Eleven 2017" (Overseas name: PES 2017 -Pro Evolution Soccer-) using unauthorised players in the game, but we are using the rights correctly according to the agreement with the Licenser."

While not specifying Maradona himself, Konami is clear in stating they are legally authorised to use all the players they have included in PES 2017. This might be related to how licenses and players likeliness rights are sold in "packages". Is this enough? Well, that's for both party's lawyers to decided, or if need be, a judge. 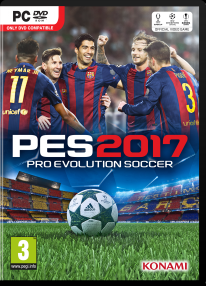