As if there weren't enough interesting characters in The Walking Dead games already, Telltale's acclaimed games series is about to tie in even more with the comics.

In a new interview with IBTimes, Telltales' Job Stauffer says that characters (plural) from the comic books will play important roles in the upcoming The Walking Dead: Season Three:

"As we get into this third season, it does start butting up against where the comics are now. Geographically we're very much closer to Virginia, and that does open the door... we will be seeing some characters from the comics, more highly integrated with this third season."

The Walking Dead: Season Three is expected later this year. 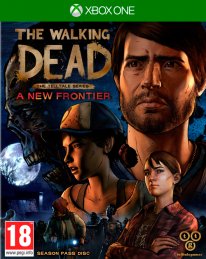