A few days after Knockout City was released, we reported that two million players had tried it out, surely boosted by the fact that it was free during the first 10 days and also included with Xbox Game Pass. Those 10 days are long gone (ended on May 31), but the developer recently revealed that the game will still be free up to level 25.

And this strategy seems to have attracted a lot of gamers, as the official Twitter account for Knockout City now reveals that they have reached 5 million players. This is of course very impressive, and means you won't have any trouble finding people to play with.

Are you one of these 5 million Knockout City gamers, and what do you think of it?

Subscribers also have Sam & Max Hit the Road and Unmemory to look forward to.

It will include a new map, a new ball, and five new playlists.

There will be new cosmetics to unlock and several new game modes to play.

The game is even free until level 25.

The game is also still on Xbox Game Pass. 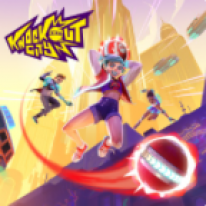