My first reaction to Kingdom Hearts: Melody of Memory upon seeing its reveal during a Nintendo Direct was a little all over the shop? It looked like a scrapped bonus stage that had been fleshed out into its own game. Also, to make things worse, it was revealed to be retailing at the same price as blockbusters such as Cyberpunk 2077 and Assassin's Creed Valhalla. Fortunately though, whilst I struggle to see its value as a full-priced game, I still found myself warming up to its concept after I spent some time with its soon-to-be-released demo.

In case you're unaware, Melody of Memory is a rhythm game that is a celebration of the music from the franchise's 18-year run. It features a staggering 140 tracks to play through, and these can be played across three different difficulties and three distinctive modes. This fourteenth entry into the series also works to progress the long-running and awfully convoluted story, with events picking up right after Kingdom Heart III's Re:Mind DLC.

In the demo, I had access to four tracks and these were Welcome to Wonderland and Hand in Hand from the original Kingdom Hearts, as well as The Rustling Forest and Wave of Darkness from Birth By Sleep. I only had access to the Track Selection mode, which seems to be the casual mode, where you can play tracks at your leisure. Just browsing the main menu I could see there was plenty for fans to delve into including a Museum, a World Tour, and a VS Battle mode. From this, you should bear in mind then that I was only able to examine just a fraction of what Melody of Memory is set to offer upon its November release.

After selecting a song, I took command of Sora, Donald, and Goofy and continued down a linear path that resembled a musical stave. As I progressed, enemies stood in my path and I had to strike them to the beat to earn points and string together combos. Based on your precision you'll earn a rating of good, great, or excellent per hit, and this will impact your overall score. The more points that you earn yourself, the better rank at the end of the stage you'll receive. If you mess up your timing you'll charge right into enemies and take damage, and once your health is depleted, you're forced to start the stage over again.

If this all sounds a little complicated, that's because it is. Melody of Memory is a pretty damn tricky game to get your head around at first, as it demands sheer concentration and quick reflexes, but I did find that things got much easier with repetition. The Beginner mode I found pretty straight forward, but once I graduated to casual mode, I really started to struggle on the latter two tracks due to the sheer amount of prompts coming my way to respond to. Still, I found this challenge welcoming, as it didn't feel cheap and required that I keep practicing.

There were also three different styles that I could toggle between and these were Basic, One Button, and Performer. Basic, as you'd expect, is the game's default mode, One Button, simplifies the experience by giving you fewer inputs to fret about, and Performer is the most punishing game type of all with added moves for you to pull off. I thought the Proud difficulty here was hard enough but once I played this with the added prompts of the Performer mode I was barely able to clear a quarter of the level. One positive to note from this is there seems to be a mode for everybody (in the Track Selection at least), and the game doesn't feel like it could be breezed through easily - you'll need to sink time in to truly get it mastered.

I may have questioned its existence upon first sight, but I do feel like Melody of Memory is shaping up to be a competent rhythm game - one which is a celebration of the franchise's 18-year history. Its gameplay feels tight and tricky to master, and there appears to be a variety of setting presents, so anybody can enjoy regardless of their skill level. Still, even though I was impressed with what it has to offer, I will still need to see the depth of its other content to see if it warrants being priced the same as other blockbuster titles.

You can read our full thoughts when the game launches on Nintendo Switch, PC, PS4, and Xbox One on November 13. Players should also note that the playable demo that we had access to is available to download across all platforms today, October 15. 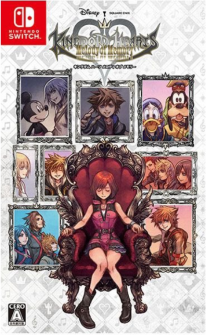