This adds an extra challenge to the adventure, including reduced MP and HP, although there are new abilities for Sora to use.

The new difficulty level arrives on April 23, but it will differ from previous iterations (although we're not entirely sure how just yet).

"We wanted to exceed fan expectations" with Kingdom Hearts III

Co-director Tai Yasue joined us in California to talk about Kingdom Hearts III recently, and about the weight of expectation on Square Enix's shoulders.

Pierre Taki patched out as Olaf in Kingdom Hearts III

The actor was arrested for drug charges, and while sales of Sega's Judgment were suspended, Square Enix's game only requires an update.

Kingdom Hearts version of board game Talisman is on its way

JRPG fans and lovers of classic board games will be happy to know that a Kingdom Hearts version of tabletop game Talisman is being created. 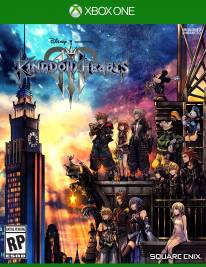