We recently spoke to Killing Floor 2's creative director Bill Munk about the game and what's in store for the future as it edges ever closer to full release on PC, and an appearance on PS4.

When asked about the new Bullseye update out now for PC, Munk said that there were a whole host of features being added, including the Sharpshooter Perk, four new weapons, a new character and a refined versus mode with six people on each team.

In this mode players can trial playing as the Zed and the developers have "enhanced and updated it". The new version allows one side to play as the humans against the Zed and then swaps over, comparing scores at the end to determine the winner. Also included in the update is a new slasher type, and allowing some Zeds to block, which he claims "changes everything" for gameplay.

When asked about the challenges along the way to producing and releasing Killing Floor 2, such as the inclusion of micro-transactions, Munk said that the process had certainly been "challenging". One thing he said he would change if he were to do it again would be to stagger some of the content as the team felt they couldn't release it fast enough at points.

In regards to criticisms regarding the length of time the game had been in Early Access for, Munk said that "in order for Early Access to really be good it actually needs a lot of time" and that they were always listening to feedback, modifying it, seeing how players tackle the game and repeating this process to continually make it better.

He was also keen to point out that the team has added an analytic system to track things like success rates and who is playing what modes. This was in order to improve the game further and to inform their decisions regarding future updates. The latest updates, he said, used data from the analytics and the team will "continue to keep tuning it" based on all of these factors.

When asked about the upcoming console version of the game, Munk said that for the past 11 years Tripwire had been a PC studio and had only avoided consoles because they felt they were not powerful enough to support what they wanted to do. With the current generation, though, they felt as if it was an appropriate time to move into console gaming.

"This is a perfect game where we can make it and not sacrifice the game at all and have it be really good on both PC and console", he told us. He also made clear that it was "definitely not a port" and that from the conceptual stage the studio had both PC and console in mind.

In regards to whether the studio balanced the game specifically for consoles, Munk said that the game looks just as good on consoles as it does on PC and that no sacrifices had to be made to make the game for consoles.

He added they are trying to avoid balancing although they are continually seeing how the game is being received and the feedback they are getting, so they will "play it by ear" for the future.

He also said that the Early Access version of the game will only be on PC, but that fans can expect both full versions of the game on PC and consoles this autumn.

"It's a focused and deliberate game, one that knows its strengths and sticks to them."

This new update adds plenty of festive content to the game, including a new map, boss, and several weapons.

And Road Redemption smashes into Tripwire's co-op shooter as a crossover.

This is to celebrate The Summer Sideshow update.

Killing Floor 2 lands on Xbox One

It'll also get an Xbox One X update in November. 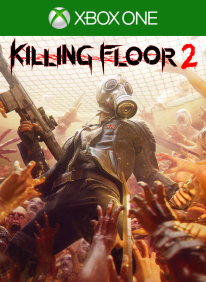