Cardboard Computer has revealed some good news for fans of adventure game Kentucky Route Zero, as the fifth and final episode will be released on January 28, coming via the TV Edition which will also offer a complete package containing all episodes since 2013.

All five episodes and the interludes will be available when this releases on Nintendo Switch, PS4, and Xbox One, but those on Steam with the season pass will also get it automatically, concluding the story that's been unraveling for years.

The title is described as a "magical realist" game about a secret highway underneath Kentucky, as well as the mysterious individuals that travel it, and you can check out a trailer for the TV Edition down below, along with the website here.

Have you been keeping up with the journey?

"A unique game that had the ambition to grow and grow with each act, and we're glad that we got to experience it."

This will wrap up the adventure game with the final episode, and the TV Edition is the complete package. 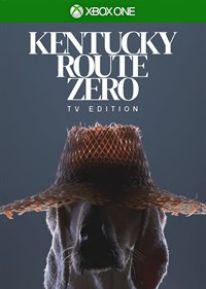