From January 9 to 19, Tate Multimedia carried out a campaign to help Australian wildlife affected by the bushfire crisis, and they did so by donating 100% of the profits made by Kao the Kangaroo: Round 2 on Steam to WIRES (otherwise known as the NSW Wildlife Information, Rescue and Education Service).

The developer revealed the news on Facebook, confirming that during the 10 day period, they managed to sell 2,542 copies of Kao the Kangaroo: Round 2, collecting a total profit of $3,715.00 USD in the process.

Thanks to the support of gamers from around the world, Tate Multimedia was able to save the lives of many wild animals with this kind gesture, and that is most definitely something worth celebrating.

The money was transferred to WIRES as the developer looks to support the country during the bushfire crisis.

Kao the Kangaroo: Round 2 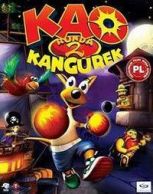