Wednesday means more music for Guitar Hero Live, and today is no exception. Six new songs have been added, and the first of the new Premium Shows is a Rock vs. Hip Hop theme featuring acts like Kanye West and Lil Wayne. There's also a Punk Rock Premium Show if you are more into that kind of music.

As usual, the On Demand list in the game has been expanded with the six songs that were released last week. 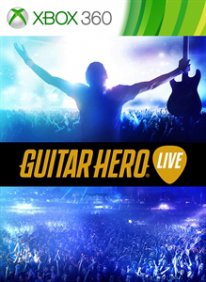